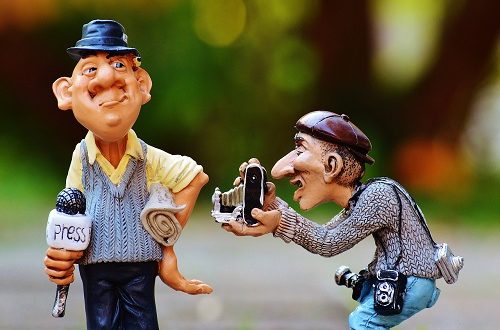 Public Relations or as it is most commonly known, PR, is probably the most misunderstood marketing function, it’s not something just for large companies, good PR can help businesses of any size.

PR in a Nutshell

PR is a branch of Marketing that is responsible for nurturing a company’s image. Unwittingly, most of us are doing some PR activity day to day, such as attending networking events, talking about our business and obtaining positive testimonials. By being more proactive with your Public Relations the awareness of your business in the market will increase.

It differs from advertising in several key areas:

Many businesses use external PR Agencies or Consultants. They may be paid by project or on a retainer equating to an agreed number of annual hours. Whilst entertaining is usually part of the role, in my opinion, they are nothing like the TV programme Absolutely Fabulous depicts. Agents often specialise in certain markets giving them access to contacts and influencers.

Articles online and in traditional publications influence both B2B and B2C customers. An “independent” article recommending your company or one of your products will achieve more than a similar size advert. This classic function of Public Relations is based on building close relationships with influencers in your market. For the PR specialist today, it is much more challenging, social media, review sites as well as tradition media all need managing.

Press Releases, Media Events and Newsletters are the key tools of the trade.

In the Digital Age, editorial independence from the pressure of advertising is weakened. Unfortunately, big spending advertisers are, in many channels likely to get better editorial coverage. Some make it clear that they pay commission or sponsorship, others are not so transparent. Part of the PR function is to suss this out and to advise on the strategy to use.

Putting a positive spin on something negative, whether real or on a spurious post on social media, is another function. By reacting proactively, knowing the facts and the people to contact, potentially damaging news can at best be turned into or positive or at least neutralised.

Ideally PR, needs to sit on the fence, seeing a company from both inside and out. A business’s management often have a different (and possibly incorrect) view than what those outside perceive. By also having an outside perspective, Public Relations can advise as well as support the brands identity.

I hate the word, it has such negative connotations, it does though do what it says on the tin. Reporting results is a classic area where spin can come into play. Whereas an accountant will report negative figures, by using PR “spin” negatives can transform to positives. A classic statement used when announcing bad results is to blame one off factors such as currency shifts or debt right downs! Spin can also play a part in limiting damage.

Another possibly negative but important area.

Introducing new technologies, particularly if it’s disruptive can be a challenge particularly if it upsets existing large players so, as a result many promising ideas can get killed at birth. Through influencing and lobbying of people with power or “in the know” this is less likely to happen. PRs aim here is to win over influencers and evangelists.

Activity usually begins ahead of a product release. By making a noise through various channels, interest grows and buyers will hopefully start desiring it and may delay purchases of alternatives, buying time.

Whatever size your business is, you should think about its image in the market. If employing a specialist is not an option, canvass customers and contacts, ask them what they think of you. Look at your branding, your website and literature, does it portray you correctly. Look at who has influence in your market, check out local organisations, will participating in their meetings help.

Previous Are you listening carefully?
Next What Do You Want To Do – Setting Priorities