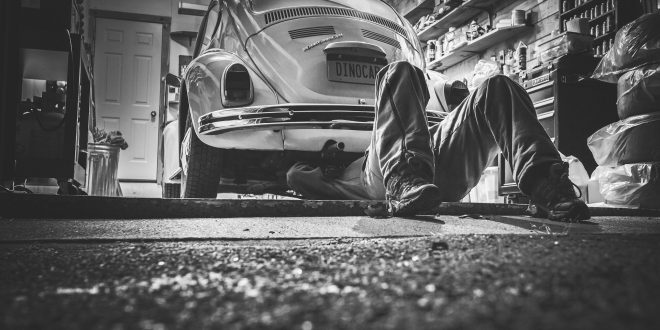 Back in 1904, Japan, an international superpower and one of the world’s richest nations, entered the automotive market for the very first time. What followed the initial development of that ten-seater bus was more than a century of ingenious Japanese engineering.

Nowadays, despite having to fight off stiff competition from European giants Germany, who play home to the Volkswagen Group, Mercedes, and BMW, and neighbours, South Korea, where the Hyundai Motor Group lay their roots, Japan is the world’s biggest car producing nation.

There is no denying that becoming the world’s largest car producing country is a difficult task. However, when examining a host of the brands which have grown out of Japan, everything becomes that slight bit more apparent.

In this article, we take a look at the automotive industry in Japan, and the brands which call the East Asian country home.

Despite the initial developments within the national automotive industry taking place at the turn of the twentieth century, it wasn’t until 1937 that the world’s now-largest car producer, Toyota, entered the fray. In 2012, Toyota saw its 200 millionth vehicle roll of the production line. But along the way, the brand has laid claim to some absolute corkers – including its trademark Corolla, which, at the ripe old age of 53, is still selling big in its tenth generation.

Toyota has always stayed in touch with technological development. Work on the Prius, the all-encompassing family car, began in the early ‘90s, and was launched in 1997. It offered the millennium something rather spectacular — a hybrid car that catered for the future. In 2017, the Prius, alone, sold more than 6 million models worldwide. For petrol heads around the globe though, the Prius isn’t probably the most exciting motor, despite its uncountable benefits in regard to carbon emissions. However, when the manufacturer announced that the Supra would be making a comeback in 2020, headlights came on, and engines began to rev.

Debuting at the Detroit Auto Show, the all-new Supra, set to be unleashed in the dragon-like fashion it deserves, will be the fastest production car Toyota have ever produced. 335 horsepower, 365 lbs. of torque, and an aggressive, boyish exterior mean the Supra, with a top speed of 155mph, wouldn’t look out of place being diced into corners in a Tokyo multi-story by Shawn Boswell. The question is, can this new marque emulate the success of previous generations? Only time will tell.

Although Nissan’s infancy traces back to before the First World War, during that period it wasn’t operating under the brand name which we now know it. Kaishinsha Motor Car Works was, in effect, the first generation of Nissan before it incurred a revamp and change of ownership. They were responsible for the launch of ‘DAT’ car — no, this isn’t textspeak, it was an acronym of the owner’s surnames. You may also recall the Datsun brand!

The umbrella term of Nissan finally began to be used, but not before Datsun exploded onto the world market. The brand started building the iconic British automotive vehicles, Austin 7s. As of 1970, after developing their own engines under the patent of the Austin, Nissan existed as the largest car exporter in the world, and they didn’t show signs of stopping. However, they were eventually forced to, as the oil crisis struck, and the weight of legislation began to bare down on the industry. Following years of highs and lows in regard to market share, stability finally seemed a certainty when Nissan joined forces with French giant, Renault, the alliance of the two later included vehicle manufacturer, Lada.

Since 2006, Nissan’s most successful car of the 21st century, the Qashqai, has been built in Sunderland. The vehicle, which has regularly featured in the top ten selling cars, has cemented its position within the Nissan hall of fame. But the Nissan name will always be associated with performance, thanks to the mini-muscle 370Z, and the ‘ultimate muscle’, the GT-R.

Although it is still somewhat of a visionary concept, and not expected to hit the roads within the next 12 months, the next-generation GT-R, likely to be branded the R36, is set to be the world’s fastest ever car. Speaking at the 2018 Goodwood Festival of Speed, Nissan’s design boss Alfonso Albasia, exclaimed: “We simply have to reflect people’s dreams; and I think people dream that the next GT-R will be the hottest super sports car in the world.”

The third biggest car manufacturer in Japan, Honda have established a credible reputation for developing vehicles which are not only reliable but offer variety. Their cars are renowned catering to the needs of a range of individuals. From the super car capabilities offered up by the NSX, to the SUV versatility delivered by the likes of the HR-V or CR-V, regardless of the persona, Honda has you covered. Honda’s history is slightly different to that of Nissan or Toyota’s. Soichiro Honda, a vehicle mechanic with experience in tuning cars, established a company which won the contract to supply pistons to Toyota. In 1941, Honda was mass-producing parts for Toyota. However, the Second World War required labouring, and moreover, vehicles, so Honda’s output was repositioned.

Going it alone after the war, Honda began reconditioning generator engines for use in motorcycles. Work then finally began on the first four wheeled vehicle — the T360. The small pick-up truck was an instant success thanks to the fact its size and power output meant it entered into a lower tax bracket. Later, Honda went to work on a sports car, before travelling across the Pacific and unveiling their new, luxury brand: Acura.

Back in ’72, the curtain was raised on one of the world’s most iconic cars — the Honda Civic. Initially, launched as a subcompact car, the Civic has went through extensive revamps over the years. Starting off as a two-door with connotations of fuel efficiency, it went on to become a sports car capable of negotiating the Top Gear track in 01:27.7 — faster than the Lamborghini Murcielago.

Now, as previously mentioned, it is the likes of the Honda CR-V that is contributing to the ever-growing SUV dominance of the world car market. One simply cannot forget the NSX, however. When it arrived on the scene back in the early ‘90s and the manufacturers took it for a spin around the famed Nürburgring, it laid down a bench mark that took some time to beat, completing a lap in 8 minutes 6 seconds.

Originally branded Toyo Kogyo, Mazda was created from the amalgamation of the names of the founder, Jujiro Matsuda, and Ahura Mazda, ‘the god of harmony, intelligence and wisdom’.

Prior to making cars, Mazda was in fact a cork-maker, and no we won’t burden with you with the pun that they made ‘corkers’ too. The brand was synonymous with making trucks in its early days, including the Mazda-Go-Type KC36. The war hindered production until 1949, at which time the manufacturer began to crack the Indian market. By 1959 though, Japan really began to reap the benefits of this clever, indigenous brand. The R360 Coupe was the first passenger car by Mazda, and it was as economical on purchase as it was on the fuel tank, offering drivers a return of approximately 45mpg. For this reason, it took only two years for the staff at the Mazda factory to witness the one millionth car roll off the conveyor belt.

Each manufacturer has a vehicle which will ring with a great gong through the ears of enthusiasts throughout the globe. For Mazda, well, that is the MX-5. The bestselling two-seater convertible sports car in history, the MX5 is stylish, sporty, and steadfast for Mazda, having shifted more than a million of the model as of 2016.

Both Mitsubishi and Subaru have glittering histories in the World Rally Championships. For any race fan old enough to remember the glory days of Colin McRae and Tommi Mäkinen, these two manufacturers provided us with phenomenal sporting moments, sharing the spoils in a championship each. That said, there is more to these companies than their affiliation with WRC, despite the fact the Impreza and Evolution exist as two of the best four-wheel drive vehicles the world has ever seen.

Mitsubishi peaked back in 2002 with their relation to the automotive world, and since then, have failed to emulate similar success. Within the next two years, their share had declined to half of what it was. This is all rather shocking, when at the time Honda feared Mitsubishi were going to come rapping at the door with a takeover bid in hand in the early noughties.

On the other hand, Subaru have gone the other way, growing from strength to strength in the past decade. The brand has more than doubled its overall market share, from 1.16 to 3.92 per cent. This growth can be ultimately linked to the success of 4X4 vehicles such as the Outback, the Forester, and the Crosstrek.

Of course, the automotive industry includes more than passenger cars. This is where Japanese manufacturers really stand out. Take one look at the MotoGP series, or the World Superbike Championships, and you will notice a rather obvious trend. Honda, Yamaha, Kawasaki, and Suzuki — they are all Japanese, and they are all of the highest build quality.

Japan has made it clear to the world that they create quality brands in regard to the automotive industry — and they often tend to be pretty quick off the mark too!