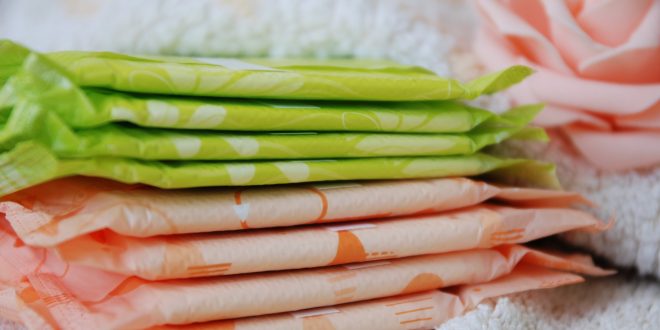 Are Employers Period-Savvy Enough in the Work Place?

The stigma related to periods can be perceived in various ways and in the workplace, it can become a huge obstacle. In 2018, the total female employment rate hit 71.4%, the highest percentage since 1971. The records revealed that there were 15.3 million women over the age of 16 in employment, meaning most of these women would be facing PMS in their roles, but this is often neglected by managers and taboos around menstruation can leave females feeling abandoned. Could employers potentially become more sensitive to the monthly period? And how? Here, we explore facts about menstruation that are often kept silent in the work environment.

Should periods be included to the workplace equality equation?

For years, women have been a longstanding focal group to encourage equality in the workplace. The range of issues has only increased with time. Periods have grown to be one of the many primary issues for women in the workplace and avoiding period-talk at work seems to be a habit that has been passed on from the past. Women are incorrectly perceived as being overwhelmed by hormones when on their period, and this has convinced female professionals that period-related topics should be avoided in corporate environments. This is due to the archaic idea that women become ‘weaker’ and ‘irrational’ as they submit to the control of their hormones. These mindsets have potentially made younger girls feel that after experiencing their first period they should avoid open conversations around menstruation in school, and the same mentality is consequently passed unto the workplace.

A recent study revealed that one third of men find period-related conversations in the workplace wrong and unprofessional. Furthermore, periods are seen as a source of awkwardness in the workplace, as the study revealed that women would prefer to be held responsible for a mistake at work than talk about their menstruation in the presence of male colleagues. As revealed by a YouGov investigation, only 27% of female who saw their work performance affected by period pains acknowledged this to their boss, while an additional 33% admitted they had forged an excuse in the past. Nowadays, it seems as though women are left to deal with the issue in silence, use their statutory sick days, or tolerate the taboos around menstruation. In 2020, this shouldn’t be still occurring.

Period stigma in the workplace

In 2018, Mandy Davies, who had suffered from severe bleeding during her menopause which resulted in anemia, decided to take her medication to her workplace. On one occasion, the woman lost sight of her container with the diluted mixture and panicked upon seeing two male colleagues drinking water in the vicinity. At this point, Mandy suspected that the men could have been drinking her mixture, which pushed her to speak up about her concern. But in doing so, the woman was confronted by her company’s health and safety department who started an in-dept investigation, at the end of which Mandy was dismissed for gross misconduct. After further investigation, it was revealed that her medication hadn’t been in the liquid consumed by the male professionals, and following a court case, she was compensated with a total amount of £19,000 for injury to feelings and the salary lost.

The case fell under The Equality Act 2010, which illustrates nine characteristics — and although menstruation related issues are not mentioned, these can become an impediment to women in their day-to-day work and can be identified as having a disability. Despite being due to her menopause, Ms Davies’ symptoms can also occur during a woman’s period: dizziness, heavy bleeding, and brain fog. 57% of women who have experienced these PMS symptoms revealed that their ability to work had been strongly affected by these. It is almost as though dealing with physical pain and struggling to perform well at their job for several days has been accepted as the norm.

Nowadays, with the constant evolution of workplace culture, HR departments are facing several complaints from employees, and issues related to periods are progressively impacting employee welfare. Over one in ten women have receiving negative period-related comments. As a consequence of such micro-aggressions, presenteeism is increasing, meaning employees who aren’t in the condition to work still go to work. A study found that 80.7% of respondents said they lost approximately 23.2 days per year to presenteeism and lowered productivity due to their period.

Finding a possible solution to the menstrual matter

Recently, a Japanese department store introduced ‘period badges’ that women can wear at work during their cycle. Using the pink cartoon of Seiri Chan, which translates to ‘Miss Period’, the initiative aimed to combat the stigma of periods. However, it received criticism and was accused of harassment. It’s very unlikely we’ll see a similar case in UK workplaces, but it is natural to question what steps should to taken by companies in order to eliminate the stigma.

The author of Period, It’s About Bloody Time, Emma Barnett, said that while we are miles away from seeing menstrual leave become possible for bigger organisations, period pain should be considered a legitimate reason for requesting sick leave. Alternatively, flexible working hours could be established to allow female employees to better deal with their symptoms. Barnett also talked about the need for more transparency when it comes to periods, suggesting that every workplace should implement a ‘menstrual policy’, to grant women fairer rights in the workplace.

Undoubtedly, there is still for improvement when it comes to creating more period-friendly workplaces, from introducing set policies to encouraging people to open up in the aim to eliminate the menstrual stigma.

Previous How Could You Market Your Business?
Next 6 Content Marketing Essentials to Grow your Business in 2020